There are many different types of coaches, but they generally fall into one of two archetypes. A coach is either an authoritarian coach or a players’ coach.

The former is a coach who characteristically has a rather dogmatic approach to coaching their team. This type of coach usually emphasizes rules, both while players are engaged in sport activity and sometimes while they are not. Think Samuel L. Jackson in the movie Coach Carter or legendary Minnesota hockey coach Tom Saterdalen who was profiled in John Rosengren’s bestselling novel, Blades of Glory.

There are more minutiae to this style of coaching, but for the purposes of this blog post we will focus primarily on the other type of coach: the players’ coach.

So what exactly does it mean to be a players’ coach?

A players’ coach is a coach who embraces the individuality of their team and enables players to have a say in how the team operates.

Some coaches even go out of their way to not be mistaken for a players’ coach. Take, for instance, Super Bowl Champion Pittsburgh Steelers Coach Mike Tomlin. Tomlin is a frequently mentioned as an example of a players’ coach.

However, Tomlin has previously been defensive when referred to as a players’ coach by a media member. Among Tomlin’s reasons for rejecting the notion was his suggestion that the term is, at least in part, ageist and racist.

With all of these misconceptions and negative attitudes surrounding the phrase, it would serve well to define the concept of a players’ coach.

An important clarification to make is the distinction between a players’ coach and a player-coach.

The latter profession is, for all intents and purposes, extinct. It is when a person is the head coach for a team while also playing for said team. Perhaps the most famous player-coach in history is 11-time NBA Champion and Hall of Famer Bill Russell.

Russell assumed coaching responsibilities for the Boston Celtics in 1966 after the legendary Coach Red Auerbach relinquished his coaching mantle after winning nine titles in a span of ten years in order to focus full-time on general manager duties. Russell ended up winning two titles as a player-coach, during the 1967-68 and 1968-69 seasons.

Upon closer examination, it would seem the greatest player’s coach in Celtics history wasn’t Russell but instead was Red, his employer. Bill’s coaching skills were borne out of the culture Red created wherein Red empowered his players to take ownership of their actions. It was because of this culture that when Auerbach looked to pass the mantle to someone he knew would continue with the winning tradition, he turned to Russell.

Over 30 of Red’s players went on to coach. Three of them went on to win coach of the year. In fact, Russell was hardly the only member of the Celtics pulling double-duty during his coaching tenure. John Havlicek and Larry Seigfred were known to draw up the plays.

What other qualities make a coach a players’ coach?

Retired NFL All-Pro linebacker LaVar Arrington describes a players’ coach as “a coach that truly cares about you” and not just “a coach [that] says he cares”. Arrington, who is currently a sports television analyst, lists current NFL coaches John Fox and Bruce Arians as good examples of players’ coaches.

Retired NBA player Keyon Dooling praised the policies of his former coach, Doc Rivers, to “allow players to be who they are”. The 13-year veteran says Rivers didn’t “bombard [them] with a whole bunch of rules [and] regulations” but instead allowed the players to “police themselves”.

Pete Carroll, one of the only three head coaches to win a NCAA National Championship and a Super Bowl trophy, is one of the most well-known players’ coaches. His team is full of unique personalities who were allowed to flourish and still were disciplined enough to win a Super Bowl and come within a minute of hoisting another Lombardi trophy.

Players’ coaches have just as much respect from their team as authoritarian coaches do.

Buffalo Bills All-Pro running back LeSean McCoy identifies Rex Ryan as a players’ coach stating “as players, you want to play for [that type of] coach” because “he’s been good to us”. McCoy cites about Rex’s intuitive understanding of team and individual player needs.

It is also important to note that a true players’ coach doesn’t pander to the players. It is not about how a coach wears their hair or whether music is played at practice or even wanting to be liked by the players. It is about going game strategy to put players in the best position to succeed by allowing players to feel comfortable and valued.

This may all seem like anecdotal evidence, but there is scientific research to back these claims up. Essentially, under self-determination theory, our two coaching types, authoritarian coaches and players’ coach, are analogous to a controlling coach and an autonomy-supportive coach, respectively.

Autonomy is the feeling of responsibility and control over one’s actions and behaviors. Research has shown that an autonomy-supportive style is related to higher levels of physical activity exertion.

Read another way, athletes who feel empowered are more likely compete harder. Furthermore, these higher levels of physical activity carry over to leisure time activities, or when the athlete is not explicitly being told to exercise.

This suggests that better off-day and practice behaviors will be undertaken by the athlete if an autonomy-supportive coaching style is utilized, which may lead to better game performances.

A Goalkeeper’s Biggest Threat isn’t Their Opponent, it’s Their Focus →

RIP to Bill Russell. Legend on the court. Champion of civil rights. And seemed like an all around great guy.
h J R
lusussports

@lemayancela: THIS IS CHICAGO RIGHT NOW. BIPOC YOUTH ARE BEING BEATEN AND ARRESTED RIGHT NOW LIKE WE ARE ANIMALS. THIS IS WHAT YOU ALL CALL POLICE? https://t.co/LbDNGzdmc8 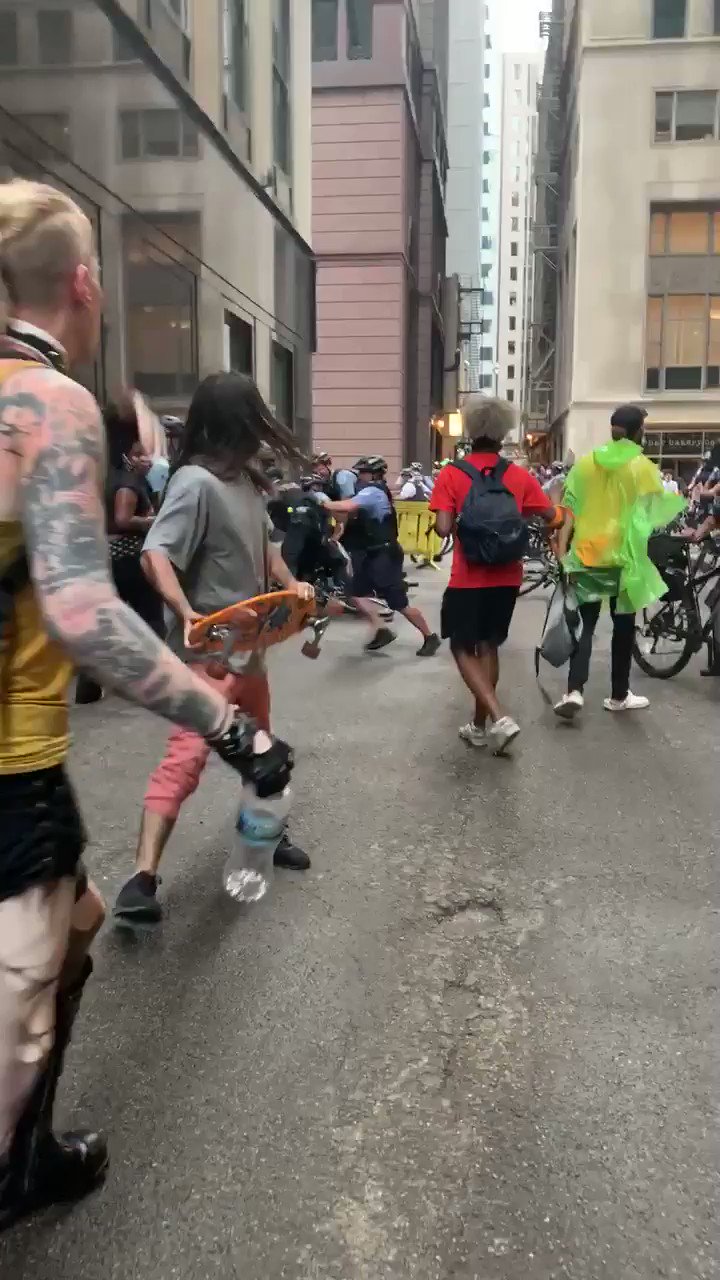 @dannyhoops At the risk of grandstanding, if people can’t shake hands should we be playing sports? Especially the contact and collision sports.
h J R
lusussports

“When you get to the top of the mountain, you become the mountain [that everyone aspires to climb]” - Nick Saban
h J R
lusussports

It’s so important for people in different domains and of different identities to show to the world that mental health affects everybody + demonstrate ways to look after it. Big time salute to @KSTiLLS https://t.co/kjSeXBKfPv 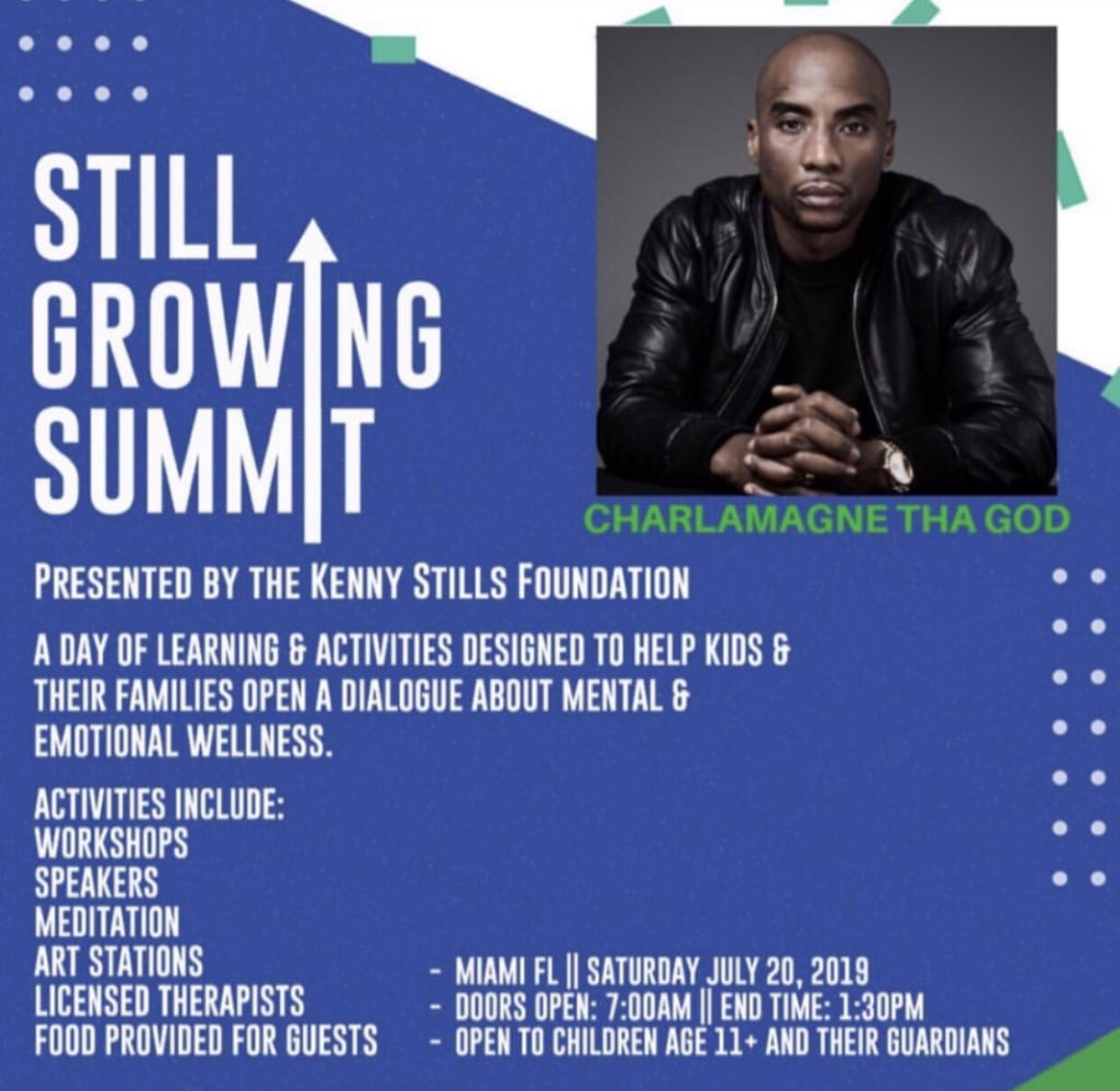 @BrettKollmann: I also want to make one more point about the Telvin Smith situation and how inspiring it is. "Work" culture in America is often toxic and people feel like they can't take days off. Your mental health is IMPORTANT. If this young man can walk away from millions, you can #takeaday.
h J R
lusussports

Yet another reason this growing trend of early specialization is detrimental to a young athlete’s development, both mentally and (as demonstrated here) physically. Great work by @Baxter. Part 1 of a 2 part series. https://t.co/UKwehy728e
h J R
lusussports

@dannyhoops @realchriswebber @ReggieMillerTNT delete this... not bc it’s bad. Bc I want to tweet it myself
h J R
lusussports

@jake_da_uce: In an honor of @NipseyHussle here’s a recap of a speaking engagement I did at Chandler High School. This is me playing my part in trying to continue spreading the message he wanted to convey. #CrenshawsFinest #TMC #VictoryLap #HeartWork https://t.co/F8j6HZ0YSX 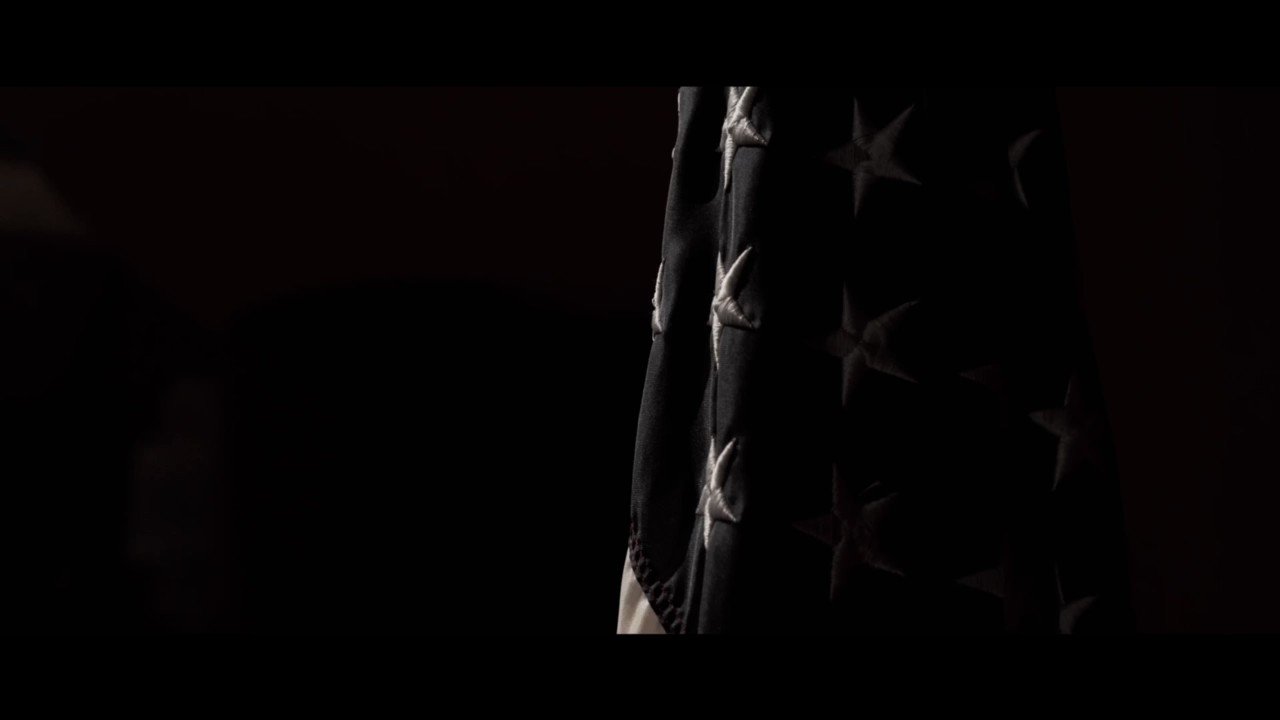 ”When we are no longer able to change a situation, we are challenged to change ourselves.” https://t.co/gcdCbWaN4v 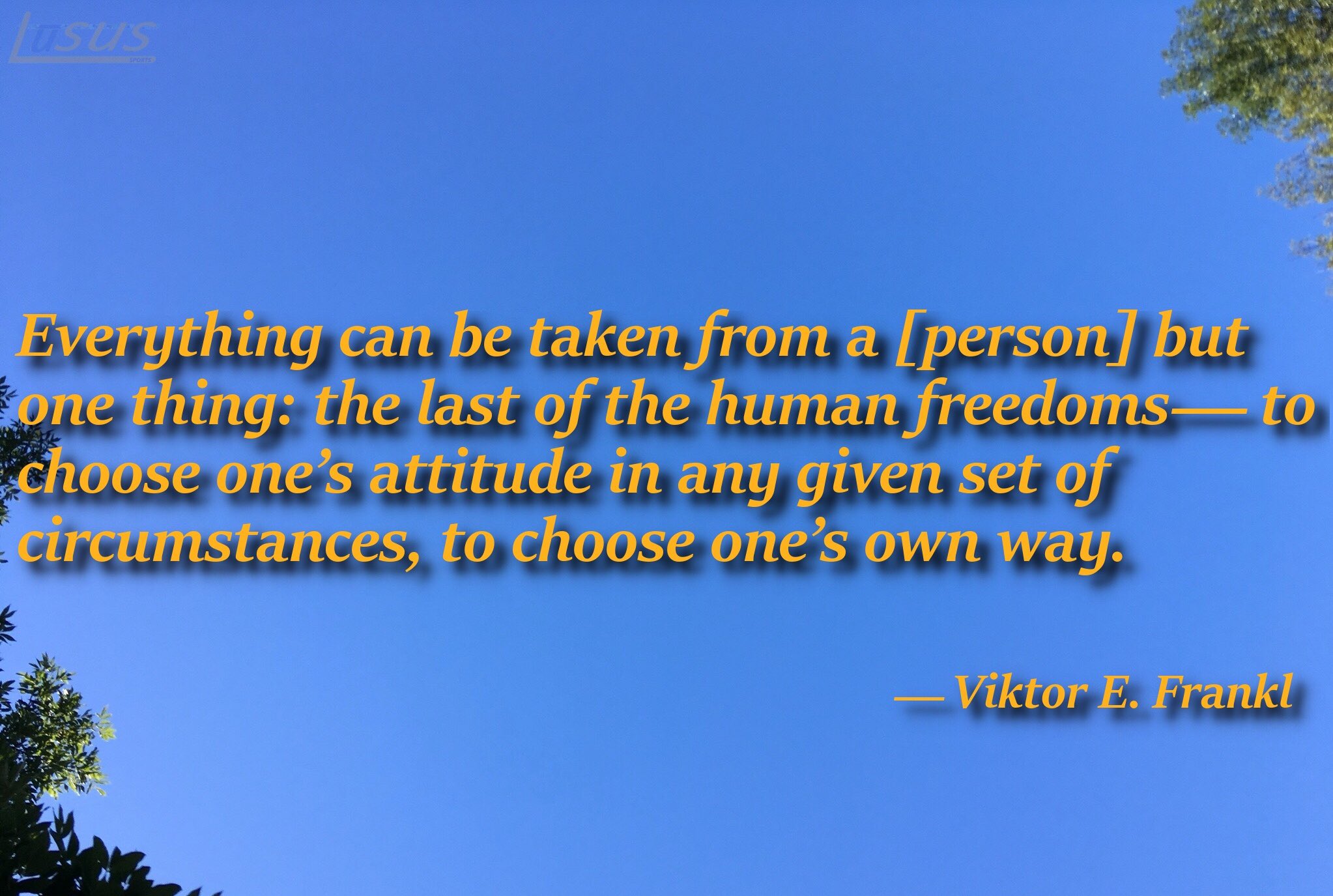 @JennyVrentas: We need to stop talking about domestic violence as an issue that only women care about, or that only affects women. https://t.co/j4duoVPRvA
h J R
lusussports

Humbled to receive @JFKU_LEAP’s Ambassador Award. Grateful to have been a part of the program and have learned so much. https://t.co/iBxNCEe7XU 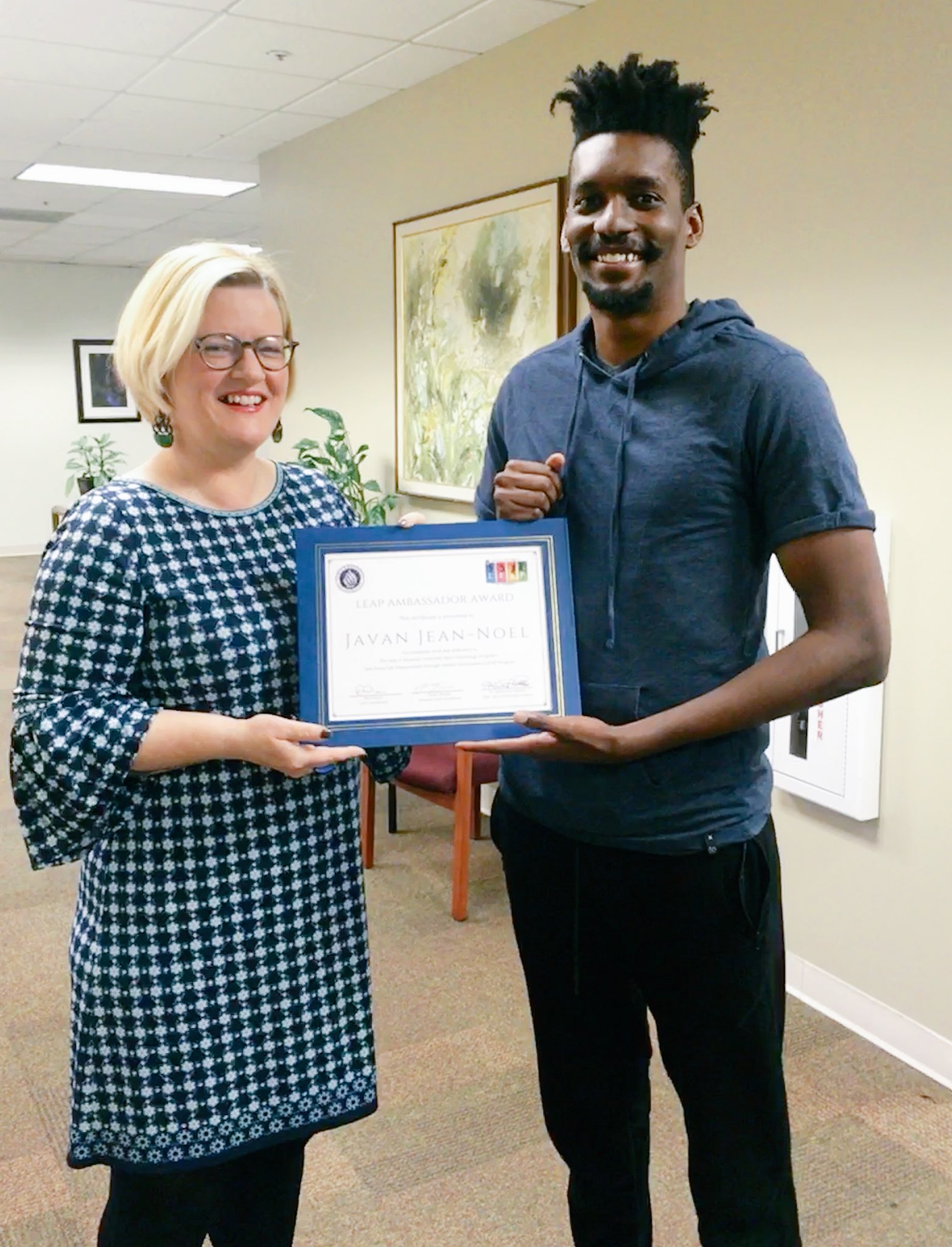 @kengriffis: I sat behind the Miss School for Deaf team last night. This coach was remarkable. Just before this the coach had a conversation with his best player that was the best coaching communication I’d ever seen. Thanks coach. These boys are lucky to have you. https://t.co/t8wJHW9cJk 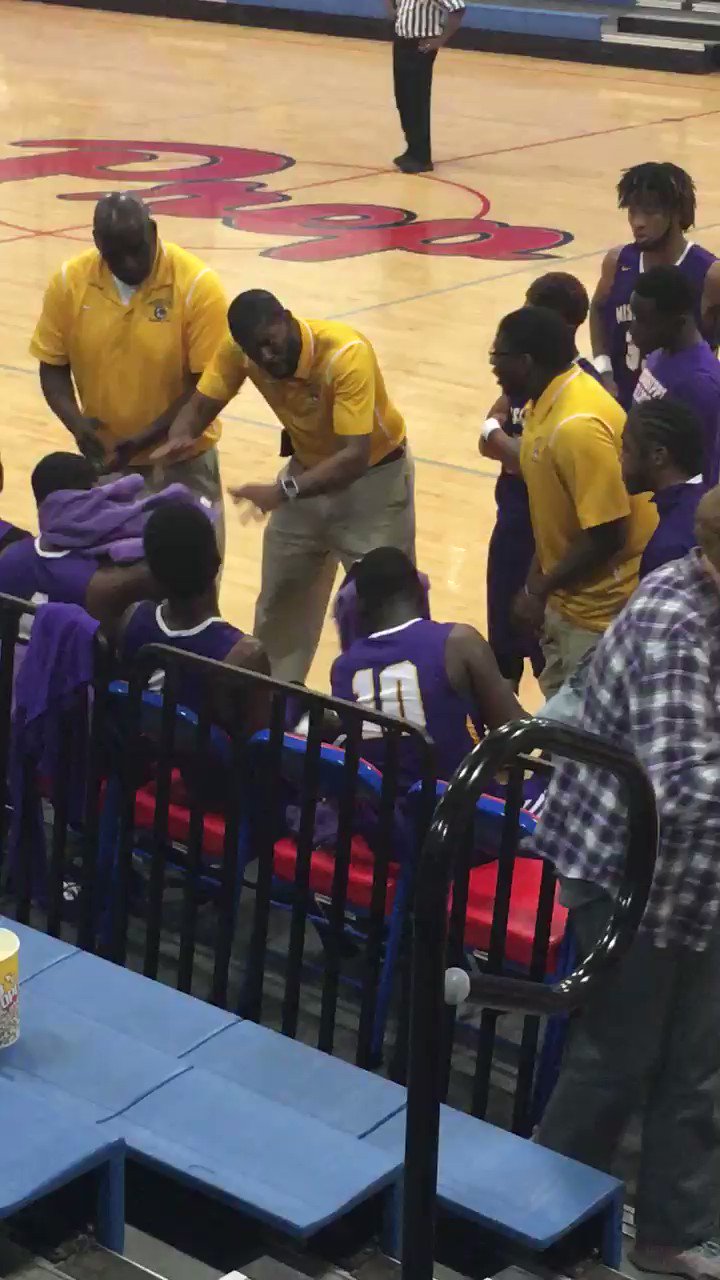